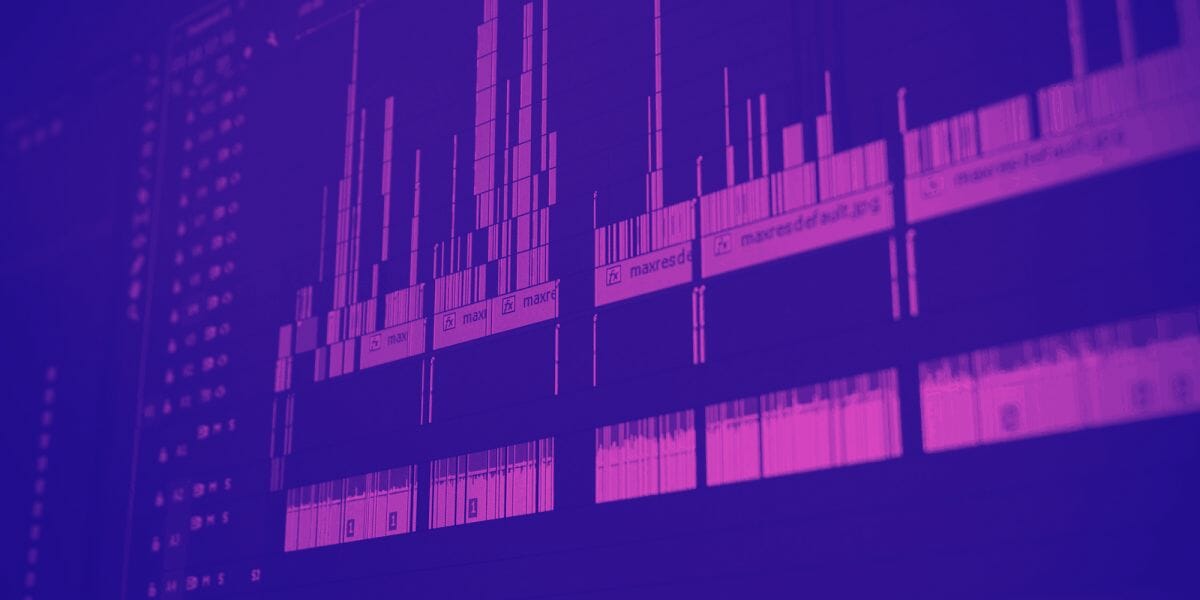 A Producer's Guide to De-Essing: It’s Not Just for Vocals Anymore

“Details matter. It’s worth waiting to get it right.”


De-essing is easily one of the most overlooked tools at your disposal that can make or break a mix. Historically known as a technique to treat vocals, we’re going to go way past that.

In fact, we’ve created the ultimate guide to de-essing so you can bring not just your vocals — but your entire mixes to the next level.

Why Should You De-Ess?

Esses and “sh” sounds (known as ‘sibilance’) live in very high-frequency ranges and can be loud, harsh, and annoying to the listener if left untamed. They can also cause a vocal to sound unnatural and odd.

These sounds get especially pushed forward once you apply additional tools and effects to your mix.

For example, compressors react a lot stronger to lower frequency content, so as all the lower-end information is triggering the compressor and getting squashed down, the extremes of the top end tend to get pushed very loud.

It’s also important to recognize that a lot of music is played on small earbuds and phone speakers, which conveniently accentuate the top end (yes, that was sarcastic).

If the top end is messy or has esses popping out, it will make the record difficult to listen to and could even cause ear pain or fatigue.

This is also especially true for music that we want to be played on club systems or at festivals. An overly harsh top end can actually make the experience of listening to music quite painful.

When Should You De-Ess?

Below, we'll share our favorite use cases for pulling out a de-esser, including vocals, guitars, synth stacks and even mastering. 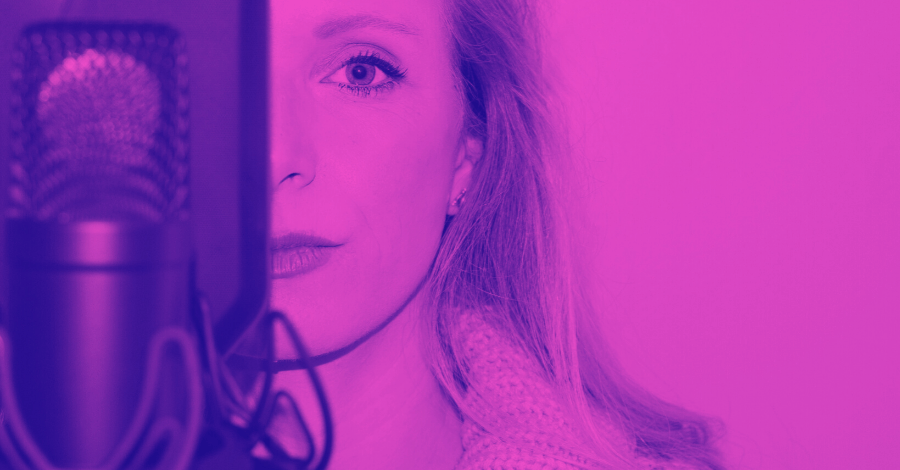 The most common use for a de-esser is on vocals. This is something we cover extensively in the Hyperbits Masterclass, where we spend an entire week on nothing but mixing vocals. We want to listen for the ‘ess’ and ‘sh’ sounds to make sure they are not overly loud or distracting. We can use a de-ess plugin to lower them.

As we push them down, a good rule of thumb is to pull them down until it sounds a bit unnatural and the sound has lost all of the bite, then pull it back until some of the top-end harshness is reintroduced.

You’ll know when you’ve pushed your de-esser too far — this should sound like a vocalist has an aggressive lisp. Hit this point, and then pull back.

Unfortunately, sometimes automatic de-essers aren’t enough. There are situations where some esses are sitting perfectly fine, while others are still too pronounced, yet we can’t push the de-esser harder without affecting the other esses.

Besides for just the actual esses, de-essers can be used to tame general top-end harshness on a vocal. This is especially useful when mixing a track that has been recorded with a microphone that has an overextended top end.

While high-shelving the top-end down a couple of decibels will just lower the overall brightness of the vocal, conversely, a good de-esser will target just the harsh frequencies, allowing you to retain brightness without any jarring messiness. 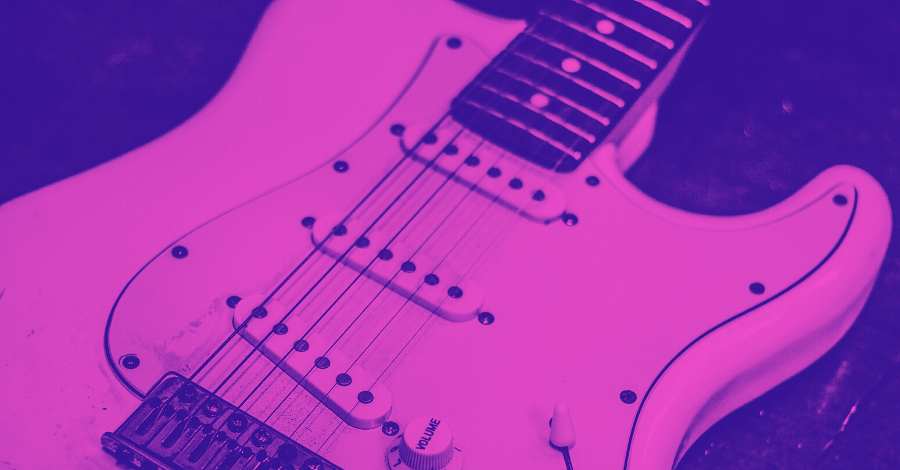 Most people think of de-essing as exclusively a vocal tool, but in reality, de-essers are useful for taming harshness in pretty much anything.

With distorted electric guitars there can be some nastiness that builds up between 3kHz and 5kHz and also buzziness on the extreme top-end.

A small amount of de-essing in this situation can go a long way to to keep the guitar’s tone but make sure it is still smooth.

Acoustic guitars, usually very tonally bright ones, can benefit from a similar treatment. 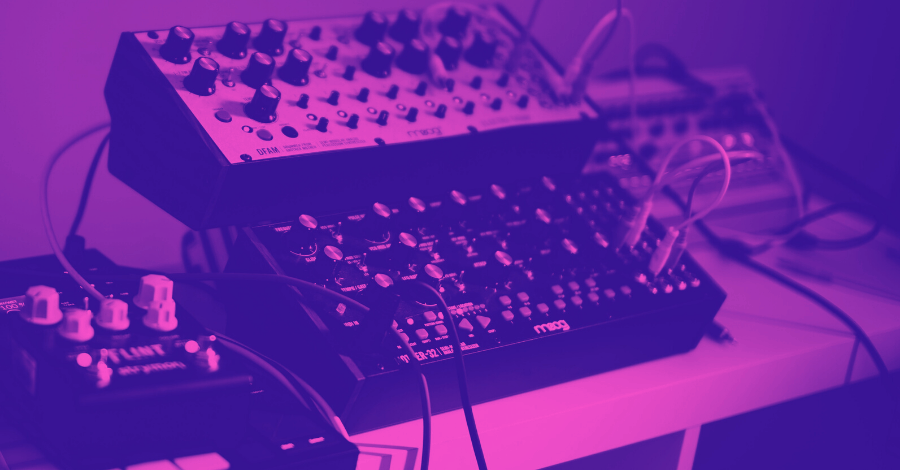 Big synth sounds, especially when built from multiple patches grouped together, can end up with a messy top-end.

Listen for what’s going on 7kHz and above and hear if it’s pulling you away from hearing the song as a whole by being distractingly overbearing.

If it is, a de-esser can be your savior much like it is for guitars. 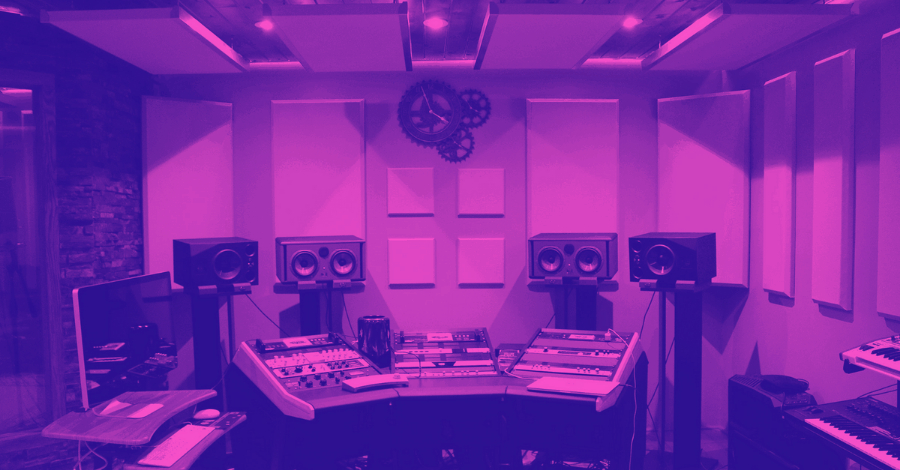 You read that right. De-essers are an amazing mastering tool; so much so that I use one on every master I send out. While it may seem like an unconventional move, it makes a tremendous, positive difference when used correctly.

I had the opportunity to speak with the owner of Depar Mastering House, who has mastering credits with Sony, Warner, Universal, Ultra, Armada and many more respected labels.

In regards to putting a de-esser on the master, he said: "It’s the difference between a home studio master and a professional-sounding master.”

When using a de-esser on the master the most important elements to listen for are the vocals, the cymbals, hi-hats, and any big or bright elements.

I find hats and cymbals being overly loud to be one of the most common mix mistakes I hear, and it can really pull the listener's attention from the lead element.

Using a de-esser can help pull these elements back a bit and let the mix sound fuller, bigger, and smoother.

It’s crucial to pay attention to not just how the de-esser effects just the high frequencies, but the entire mix.

Are the vocals clearer now? Does the bass feel stronger? Do the mids feel more present? Is there still brightness, or did I overdo it? These are all items to consider.

This is just one of many tips to consider when learning how to master a track in any DAW, whether you're using Ableton, Logic, or FL Studio.

I have never used a simpler or better sounding vocal de-esser than the HOFA. It works differently than other de-essers by detecting sibilant sounds and lowering their gain as opposed to just taming general frequency ranges. It’s a much more targeted form of de-essing and leads to a much cleaner, more natural, and consistent result.

It also has a bus mode which can be useful for the non-vocal de-essing techniques discussed above.

This de-esser is so good, that you need to take extra care to not push it too far and cause other problems.

There are a few plugins I consider to be an absolute necessity in my workflow, and this is high on that list. The Weiss De-Esser is incredibly smooth and transparent and works like magic.

This is my go-to mastering de-esser, but is also my immediate grab for whenever I need to tame high-frequencies while having a minimal effect on tone or brightness.

The Waves de-Esser is great for trimming a bit of stray high-frequency content off the top of a sound. It’s also very simple to use, and very inexpensive – especially if caught on the Waves $29 sale.

I personally don’t love using this as a main vocal de-esser as I don’t find it to be targeted enough, but it can be very handy for broad-stroke moves.

While not strictly a de-esser, the Pro-Q3 has an incredibly transparent dynamic mode, which can be used to attack specific frequencies that are poking out.

This can be super useful on its own, or in conjunction with any of the aforementioned tools.

While not a de-esser I find myself using all the time, I’d be remiss to not mention the Eiosis E2Deesser. It is included in the Slate All Access Pass bundle, and is the plugin that Zach recommends for vocal de-essing in the Hyperbits Masterclass vocal section.

I personally find it to be a bit clunky to use, and very easy to push too hard or not enough making it difficult to get the desired amount of reduction, but I can’t deny that it is a quality piece of software and is certainly a tremendous upgrade over any stock de-esser.

If you are not yet willing to invest in a de-esser but already have the Slate All Access Pass, this is a great option for you.

When approaching your mixes, don’t think of de-essers as just a tool for vocals – but as something that can be used across a mix all the way to the master.

You’ll find yourself having smoother, cleaner, and yet still harder-hitting mixes.

Just remember to listen to how every move affects the entire song, and not just what you’re targeting, and you’ll be well on your way to being a de-essing master.