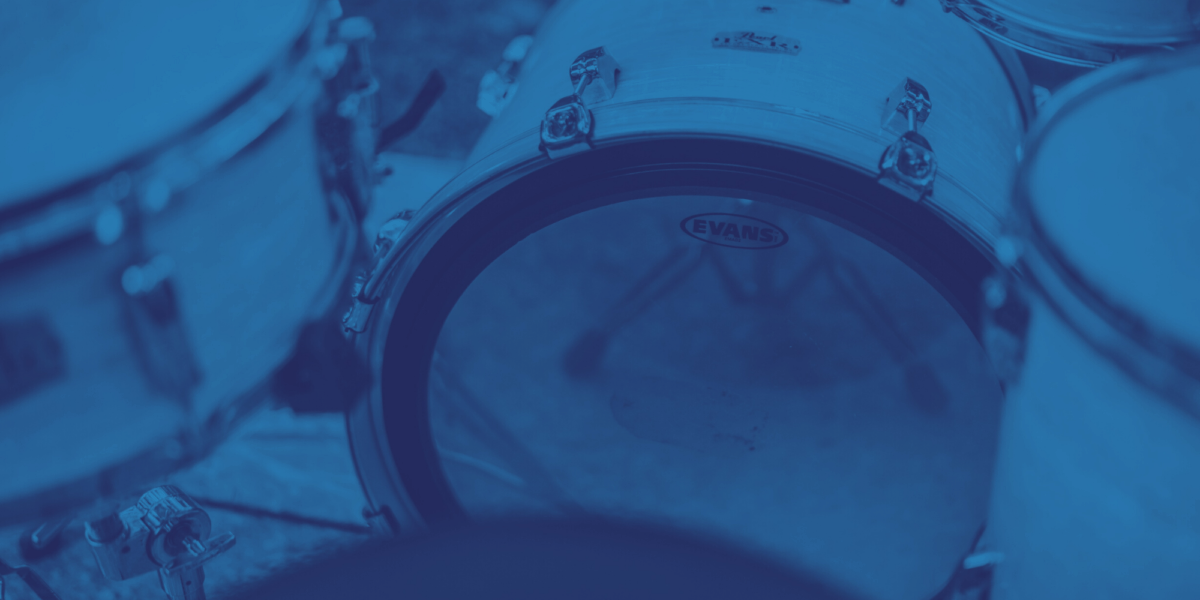 Sampling Kicks: How to Sample Kick Drums From Any Song

“It is better to steal something that does not belong to you than to let it go to waste.”


Some producers swear by sampling kicks or 'stealing' kicks, while others claim it’s immoral and downright cheating.

This article will breakdown and unpack the 4 most popular and effective ways of sampling kicks. And we'll also be addressing the major concerns a producer might have when stealing sounds.

Here are the 4 methods of sampling kicks that I found myself doing often:

But before we dive into each of these, why the hell are some producers so against stealing kicks? For me, there are only two major concerns worth examining.

Everyone does it. But does that make it legal?

In short, no. Copyright law states that sampling any song without permission is breaking the law. If you've sampled sounds from copyrighted content, you need to get it cleared for a commercial release in order to keep it legal.

But the truth is, no one is going to sue you over stealing or sampling kicks. And because no one will ever do this, an unwritten law exists in the music industry.

Sampling kicks or other individual sounds is perfectly fine as long as you make an attempt to change it, even if only slightly through processing or layering.

And if you have some sort of moral objection to stealing kicks? Well, maybe you should take up goat-farming. Seriously.

While most artists who admit to sampling kicks avoid stating exactly what song they sampled from, the fact of the matter is almost everyone does it.

That alone doesn’t make it legal, but in my opinion, it gives you permission to experiment with high quality sounds so you can focus on the stuff that really matters. You know, like memorable songwriting, professional mixdowns, unique sound design, and commercial masters.

Again, with so many different aspects of music production to learn, maybe it’s ok to give ourselves permission to cut a corner here and there.

After all, the kick drum needs to be functional and support the track it belongs in, not define the track itself.

Concern #2 — Wait, but is it technically ‘safe’ to sample a kick from an already compressed, limited and fully mastered track?

There’s a lot of conflicting advice here. I’ve been told by countless producers that you can’t sample kicks from existing tracks. Why? Because the track has already been compressed and limited, thus destroying the ‘character’ of the kick drum.

Producers have been telling me (since I started over a decade ago) that the kick will sound choked and over-compressed.

Yes, kick drums sampled from a mastered track tended to be a bit more compressed and a bit less dynamic. But the most interesting part?

You can solve for this in a few simple moves using transient designers, mid-side processing, adding clicks, and even using fades.

For example, here is a picture of an unprocessed kick, and the same kick after mastering. I’ve normalized the samples so we can actually compare with relative volume. 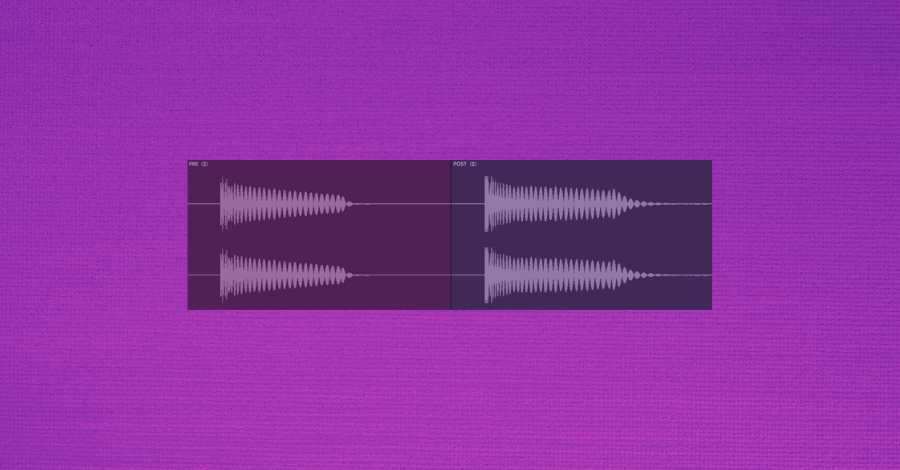 And that’s the kicker (pun intended). Sampling kicks from existing tracks is a totally usable method because we can shape them to return to their pre-mastered levels of dominance. 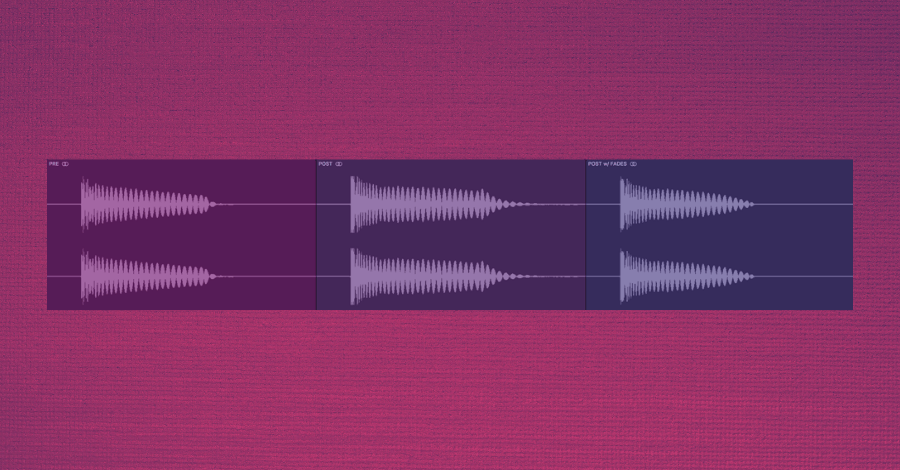 What can we visually see between the pre-mastered kick and the post-mastered kick? Well, it’s quite obvious that the transient got a bit cut off. It also seems like there is a strange spike occurring in the decay of the kick.

This isn’t a one size fits all solution, but when you visually see the differences in your pre and post mastered kicks, you can make up for those differences with some clever processing.

In this case, all we need to do is bring out the transient (by layering in a click or using a transient shaper) and smoothing out the decay of the kick with audio fades.

Once we’ve done that, we’re left with the third result, which not only looks a lot like the original kick but sounds almost exactly the same.

1. How To Steal A Naked Kick From An Existing Song

Knowing what we know now, it is totally cool to steal a naked kick from an existing song. In fact, it should be encouraged. As long as you return the kick to its potential pre-mastered shape and sound, you won’t be doing almost any damage.


Step #2: Zoom in as far as possible and cut out the kick drum.


Step #3: Using new transients/clicks, shape the attack of the kick so it cuts through your mix.


Step #4: Using fades, adjust the decay of the kick to fit the style and timing of your original track.


Step #5: Depending on what kind of information is left over from the original track (reverb tails, atmosphere noises, etc.) you could potentially cut that all out by putting the kick in mono.


Step #6: Print/bounce/export the result to a wav file and save it in your favorites folder for later use. Make sure to label by key.


This technique is as old as sampling and is relatively straight-forward. Just make sure to clean up the kick as much as possible as those artifacts (or lack there of) could make or break the track.

2. How To Steal Any Kick From An Existing Song

Ready for some professor shit? You can pretty much steal any kick you want from any song. It doesn’t even have to be naked/isolated.

Step #1: Find a song you’ve been dying to steal a kick drum from. The more isolated the better, but it can be covered by effects, synths, whatever.


Step #2: Zoom in as far as possible and cut out the kick drum (yes, there will be other audible information in the sample).


Step #3: Slap on an ozone imager (or any multiband imager of your choice). Make sure you have 4 bands to work with and duplicate the kick drum 4 times.


Step #5: Using audio cuts and audio fades, remove any information inside of each sample that is NOT your kick drum.


Tip: Generally speaking, the sub the kick will have a longer fade. The mid range will be slightly shorter. And the top end of the kick will simply be a click.

Because we’ve split the kick into 4 separate bands, we’re now able to surgically remove the audio artifacts and audio information that is NOT a kick drum. Setting the kick to mono may also help remove unwanted artifacts.

Step #6: Once you’ve cleaned up each individual channel, bounce or export all 4 layers into one audio file to give you your stolen kick drum.


Step #7: Play with your stolen kick by returning it to it’s pre-stolen glory by adding clicks to bring back attack and transient information, boost or shape the lows as needed, and even consider shortening or playing with the decay to match your track’s BPM.


If the steps aren’t enough, scope the video at the start of this article which demonstrates exactly how to go about sampling kicks in electronic music. This video will also be a great primer for some of the techniques and strategies we cover in our 8-Week Masterclass.

3. How To Steal a Kick From Sample Packs

To be honest, I’m almost embarrassed to write this. Because stealing from a sample pack is as easy as purchasing a sample pack, and using said kicks in your track.


Step #2: Audition the kicks (or loops, since you can now isolate any kick drums, just think of all those loops that are now available to you that weren’t before).


Step #3: Throw your favorite kick into your current project session.


Is this really stealing? Technically, no. But you are taking something that you didn’t create and using it in your own original song (which is totally ok, in fact, I recommend it).

The fact of the matter is this — creating a kick from scratch is a totally time intensive and difficult process that can take weeks, months, maybe even years to perfect. That said, sampling kicks is our preferred method for creating kick drums.

So again, why waste your time on this extremely specific skill set? Focus on everything else instead (songwriting, mixing, sound design, etc.)

4. How To Steal a Kick Via Collaboration

This is a somewhat sneaky way to get high-quality sounds. And fair warning, if you do this wrong, you will piss off potential producer/industry friends.

The short of it is this — when you collaborate with a fellow producer, all the sounds you use together (like a highly curated collection of professional sounds) is fair game to now use in your music.

Ideally, you’ll ask your collaborator if it is ok to use the sounds from your combined project file in other songs. If he or she gives the ok, you’re in the clear.

But the best way to go about this is to do a sample swap after you’ve collaborated. In return for some of your best sounds and samples, you’ll get a slew of new sounds to work with.

Step #1: Collaborate with another producer.


Step #2: Ask if it is ok to use your collaborator’s sounds in future productions.


Step #3: Execute a sample swap with your collaborator.


Step #4: Don’t overuse your new sounds. Your collaborator most likely spent years curating those sounds and is happy to share, but that doesn’t mean you should overdo it.

If I can offer any other advice when it comes to kick drums it would be this. Don’t be the guy that yells at everyone for sampling kicks or ‘stealing kicks’ (...or any sample in general).

There is no right or wrong way to do anything. Acting like you’re better than everyone by inflicting your moral compass on something as trivial as a kick drum will do you more long term harm than good.

Long story short? Sample kicks. Get good at it. At the end of the day, there is an art to stealing — you can learn 10 Ways to Steal Like An Artist right here.