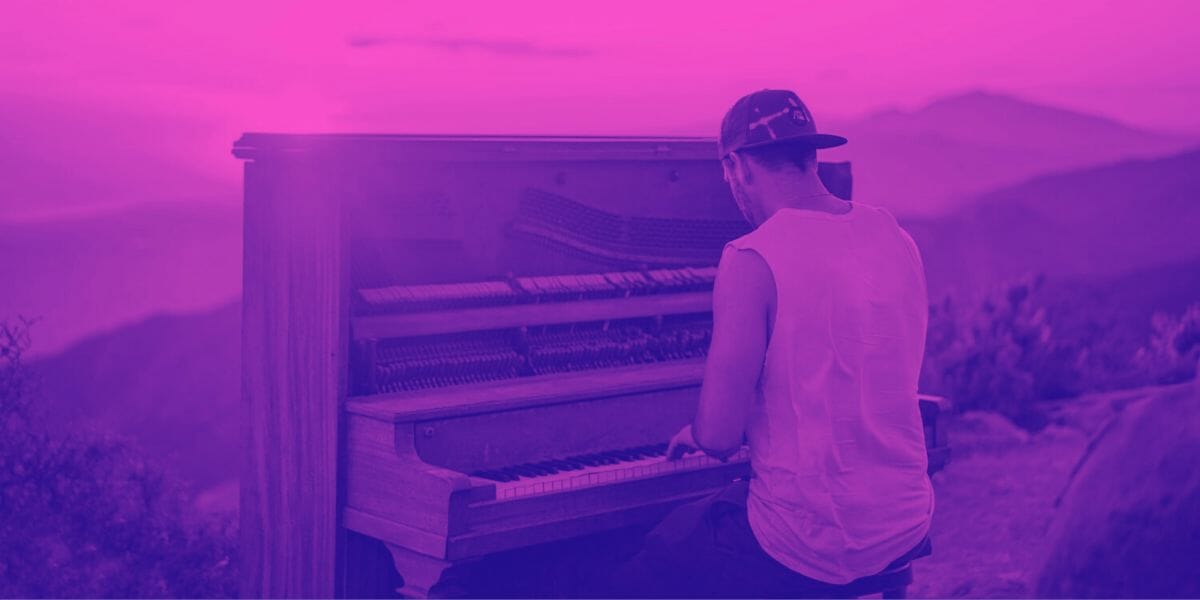 5 Ways to Find Your Sound as a Music Producer


How do you find “your sound”? This is maybe the age-old question for music producers.

But to find your own music style — to make songs that sound like you — well, that might be the most difficult challenge of all.

Look, I went through all those stages producing as Hyperbits. I spent years trying to imitate my favorite artists. Hell, I even got pretty damn good at it and got some tracks signed to some pretty cool labels.

But when I started The Rooftop Boys, the big difference was that we had our own sound. And the numbers showed — I’m talking millions of streams in a matter of weeks.

To prove my point, just look at the difference in total plays between my two music projects. 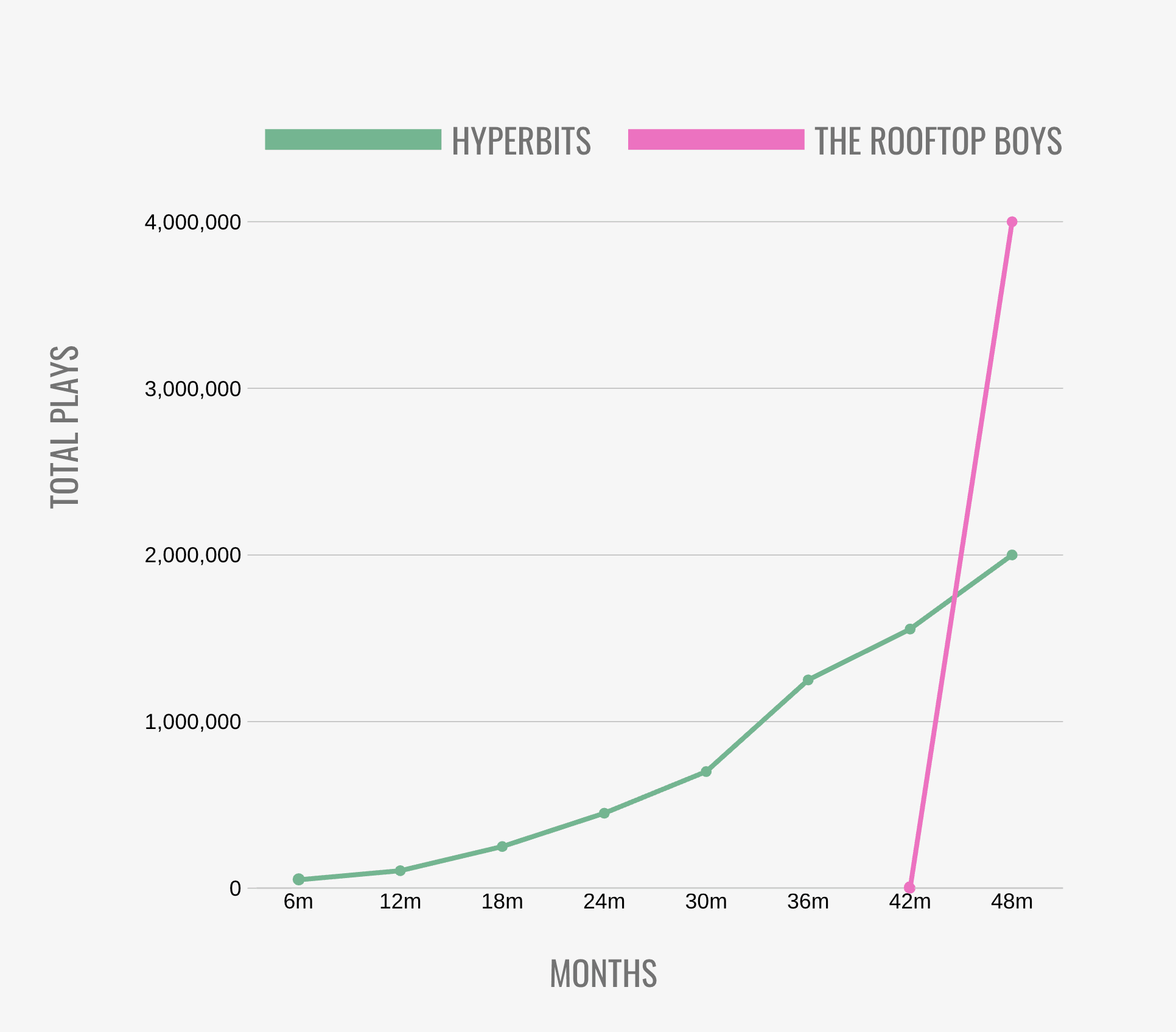 Everyone always asks — how do you make your own sound as a music producer?

My answer is below. I’ve used these strategies, and so have some of the best producers in the world.

If you want to find your sound, there is no shortcut to putting in the hours to actually find it.

A song can be a demo idea with rough sound design and a rudimentary arrangement, or even just five or six instances of pianos and strings that spell out the melodic content for a track. They don’t have to be ready to release -- in fact, they might be far from it.

The key is to make TONS of songs.

Diplo recently did an interview at Oxford. He said that in the almost 20 years he’s been producing, he’s released about 500 records — but, in that amount of time, he’s made about 5,000 songs, the majority of which we will never hear.


This is the kind of output you need to make your own style of music — and let’s be honest, between Major Lazer, Jack Ü, Silk City, and all his other projects, Diplo has done exactly that.

This is no easy feat. If you write 3 songs per week, that means you write 156 songs per year, and it will take you about 6 years to reach your goal of 1,000.

But along the way, you will develop your own style of composition and production that nobody else in the world can replicate.

That is how you find your sound. 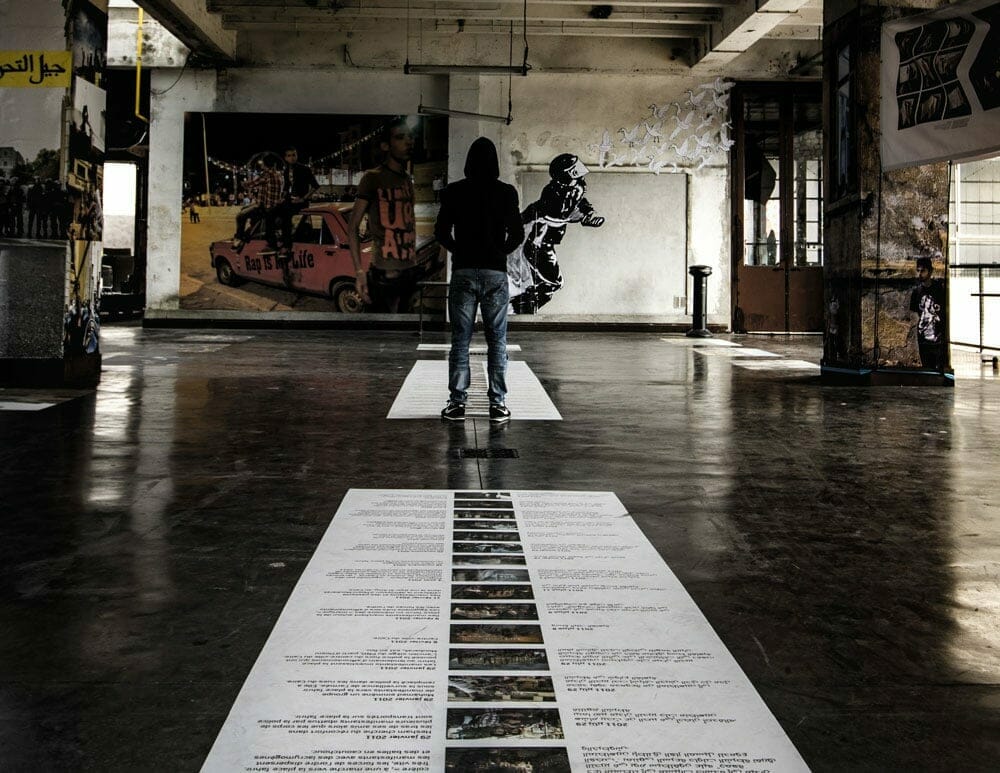 2. Use a Piece of Gear that Nobody Else Uses

Using an instrument or a piece of gear that nobody else has access to will help you create music with your own sound.

In most cases, you can do this with vocals. Rock bands and rappers sound different for each other largely through having unique vocalists.

Can you sing? Or do you have a friend who can sing on a lot of your tracks? Be careful, using vocals from Splice that everyone else has access to is an easy way to sound just like everybody else.

Or, do you play an instrument? Can you get an unusual or rare piece of gear? Is there a software synth that you can use that isn’t so popular?

These will all help you sound different. 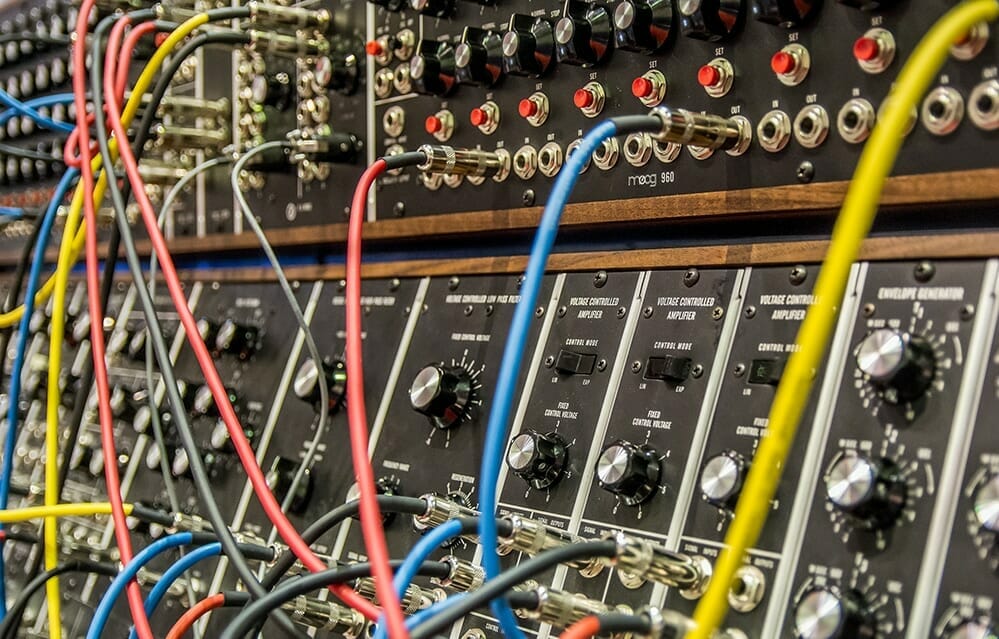 3. Use a Favorites Folder and Save Your Personal Presets

Make a Favorites Folder of your go-to samples. When producing, use these samples as placeholders while you’re writing track ideas (i.e. your songs).

Not only will this save you time digging through sample packs when writing ideas, but many of these samples will make the final version of a production, giving your tracks more continuity.

Do the same thing with synth presets, channel strips, and racks. If you create a cool sound for one track, re-use it (with some minor tweaks) in a new track.

Re-using these building blocks in your tracks will give you a more consistent sound. 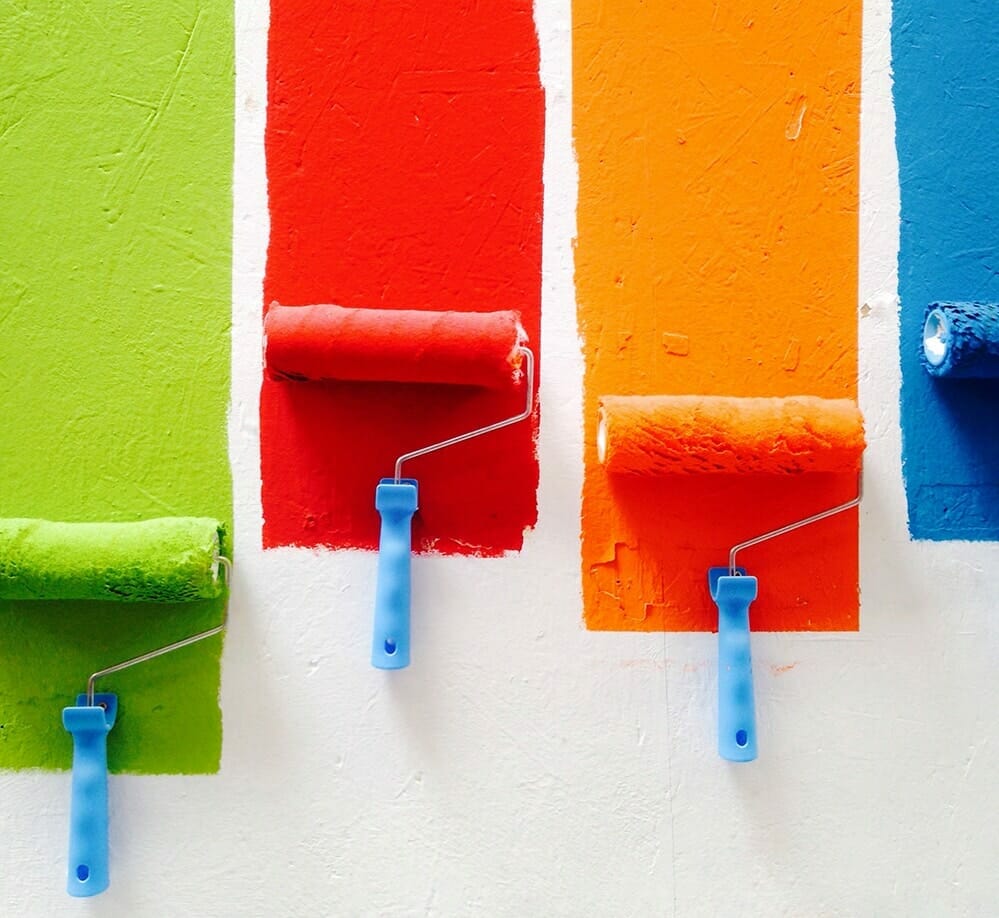 4. Make the Style of Music that YOU Love

If you try to make whatever is popular, you’ll always be trapped into trying to recreate other producers’ sounds. If you truly love a certain sub-genre, or a certain style of doing something, DO THAT.

You have to trust your taste — your taste in choosing what is cool and interesting is probably the most important thing that separates you from the next producer.

Making the style of music you love will also give you motivation to keep producing and keep writing songs. 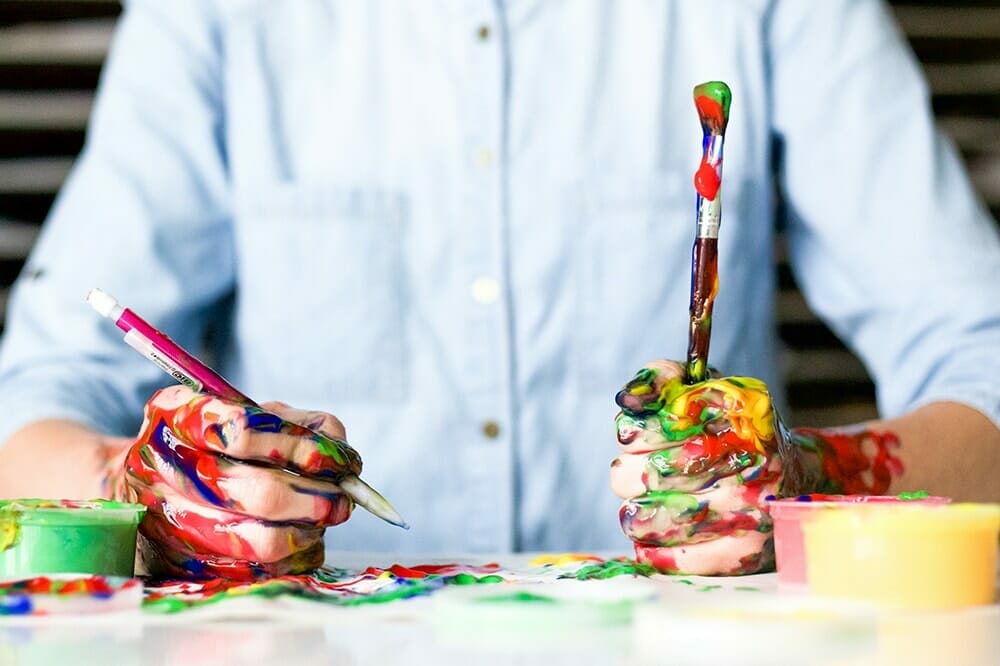 5. Draw Inspiration from Beyond Your Own Genre

This is crucial. Pulling influences from outside the genre you produce is a great way to create your own style of music.

You need look no further than Avicii’s success to demonstrate this point. When he premiered True at Ultra in 2013, it’s no secret that much of the EDM world was very skeptical of blending country and electronic music.

Well, we all know what happened — Wake Me Up went on to be the most streamed song ever when it was released and Avicii created a style of music that was uniquely his. He trusted his taste, and so should you.

Whether it’s taking composition ideas from classical music, putting country and rock instruments into electronic tracks, or taking sounds from underground music and making them more accessible, blending genres can create a world of new sounds. 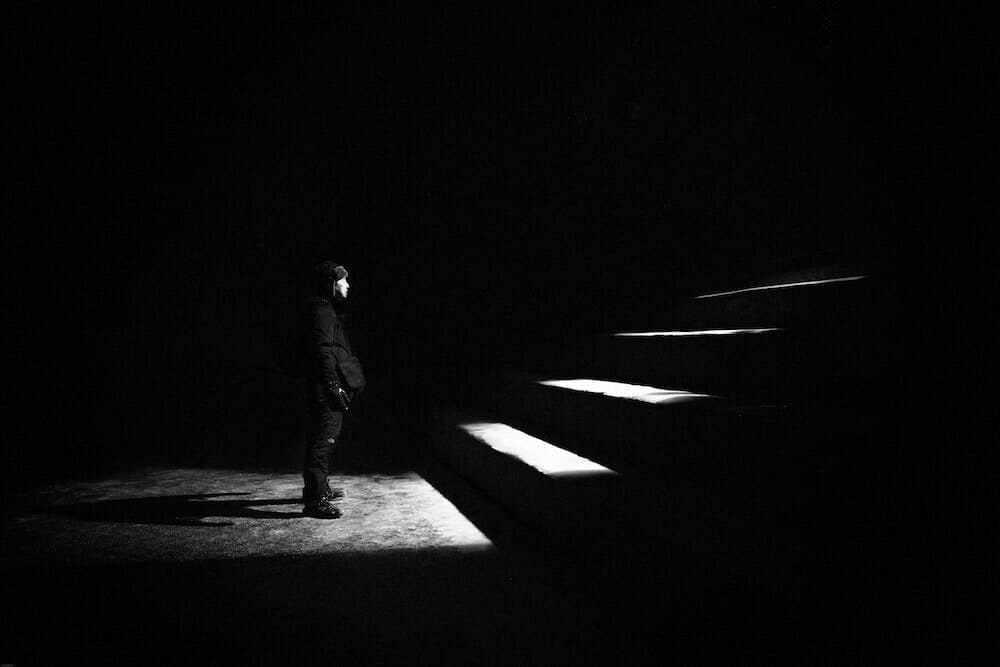 BONUS: Is Finding Your Sound Truly the Greatest Challenge?

Philip Glass is arguably the most influential living musician.

Glass helped pioneered a type of classical music in the 1960s called minimal music — he rebelled against centuries of complex composition in classical music by using repetitive structure and instrumentation. He influenced many of the early artists that pioneered electronic music in the 70s and 80s, like Kraftwerk and Brian Eno.

In 2017, he gave a keynote address at Amsterdam Dance Event. When asked by the audience about the challenges of creating his unique style of music, he said:

This quote has stuck with me ever since. It seems counterintuitive — if you truly find a unique sound, why would you ever want to give it up?

Philip Glass understands something that we all need to fully embrace — we don’t make sounds, we make music.

This is why Diplo can make a record for Major Lazer, Jack Ü, or Silk City, and it still sounds like a Diplo record.

This is why Above & Beyond can make trance anthems and then release an ambient yoga album, and the songs still make you feel the same way.

This is why every movie that Hans Zimmer scores feels otherworldly, even though he is using different instruments and his source material is different every time.

It’s not because these producers have unique sounds, it’s because the people behind the computers have a unique way of creating music. And there is nobody else in the world that does it exactly like them.

So, where do you start?

All these tips will help. But I would focus on starting your journey with 1,000 songs.

After those, I guarantee you will be well on your way to finding your sound.